Vehicle roadworthiness is one of the preconditions for ensuring safety of all road users. The purpose of the paper is to call attention to the importance of the quality of modifications made to passenger cars (PCs) and the control thereof aimed at improving road tra”c safety. 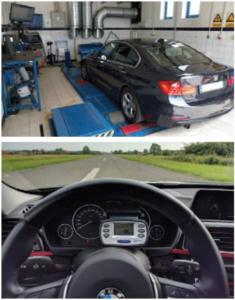 In Croatia, vehicles and modifications made to such vehicles are tested and approved by the Centre for Vehicles of Croatia (CVH). In 2017, 107 out of 159 PTI stations carried out 15.376 various tests of modified PCs. Despite a significant increase in the number of tests of modified PCs in the last 7 years, the number of tests resulting in certain defect observations has not changed considerably. In 2017, merely 5.2 % of tests have resulted in certain defects observations and 107 tests resulted in a non-compliance certificate. Statistically, the number of tests resulting in certain defect observations is not significant. However, all the defects which have been determined during the testing and which have been remedied during the testing procedure are not included in the final statistics. This research includes an overview and analysis of non-professional modifications to various vehicle components that have a direct impact on road tra”c safety. Results include an overview of defects of tested vehicles, non-professional modifications to such vehicles and the solutions for remedying the defects.