The reconstruction of the initial speed in accidents where a car hit a pedestrian or a cyclist remains a
complex matter. When no other information is available, one is forced to reconstruct the initial speed
with the throw distances of the victim (and bicycle). Based on the available throw distance databases a
regression analysis is performed. In addition the confidence bounds are computed for 67% and 95%
confidence levels. In specific cases the resulting speed interval (given a certain throw distance) can lead
to inconclusive results and may request case specific crash tests. This paper consists of two parts; part 1
describes the regression analysis and our approach to determine the confidence bounds, and part 2
describes our modus operandi for comparison when specific new crash tests are performed. Up until
now 22 new bicycle tests and 7 new pedestrian tests are performed for specific case studies. As a result
of performing crash tests for such specific cases we were able to extract a set of general findings. 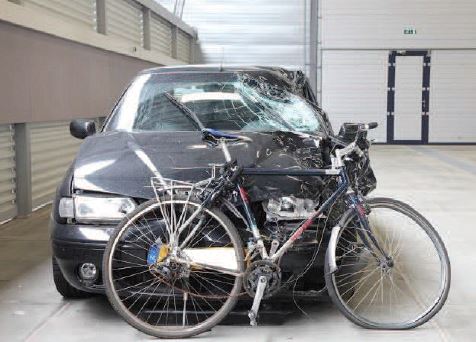