Closed Circuit TV (CCTV) systems are widely used and cameras often record the road and vehicles driving by. This paper describes a case where techniques were used to estimate the speed of a car that was recorded by a CCTV system. Photogrammetry is used to estimate the distance travelled by the car and knowledge of the timing of the video system is used to estimate the time interval. The recordings of
reference images from a similar car driving by with known speed (controlled test drives) are used to
validate the whole measurement system. The result is an estimation of the speed of the car including an
estimation of the measurement errors. This is reported as a confidence interval for the speed of the car. 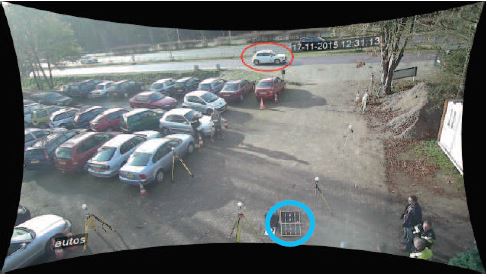