The purpose of children’s car seats, is to protect children at different ages from injury or death, while beinginvolved in a car accident. The significance of car seats used properly in cars, is divided into three parts:
1. The first and more known part, is children’s safety:
Children around the world need to drive in a suitable car seat (suitable by several parameters which
we will discuss later on in this article), from birth to a certain age (according to country laws) which
we will also discuss.
2. The second part, is that safety of the children driving in car seats has a huge effect on
the result of the accident:
Children’s safety depends on type of car seat, its’ compatibility to children’s data, and right usage
during the drive.
3. The third part, is the most meaning full one in case of a fatal accident.
Children‘s injury or death, has a major impact on the indictment against the driver who caused the accident,whether it is the driver in the same car or in the other. 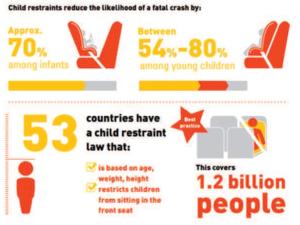