In addition to rear-end collisions injuries of the cervical spine are declaimed in frontal, side
or oblique frontal collisions as well. In the case of a side collision it was previously
assumed that occupants seated towards the impact have a higher risk of injury than those
with an averted seating position. This paper is about side collisions and oblique frontal
collisions, which were carried out at a very low delta v level until now. The specially
developed experimental setup for the isolated side impact of the moving vehicle will be
presented. According to recent findings the main result can be noted that, at low changes
in velocity by no means the primary movement is the greatest, as previously assumed.
Some of the movements in the secondary or even in the tertiary phase were larger than in
the primary phase. 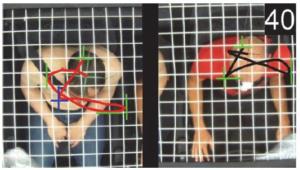