The development and market penetration of sophisticated collision avoidance technologies
is accelerating rapidly. For example, there was around 16 years between the first mass
marketing of Electronic Stability Control and it’s introduction in Euro NCAP (19 years before
it was mandatory). By contrast, the same “lead time” for AEB has been just 6 to 9 years and
Euro NCAP will promote functionality in collisions involving pedestrians in 2016 and cyclists
in 2018. 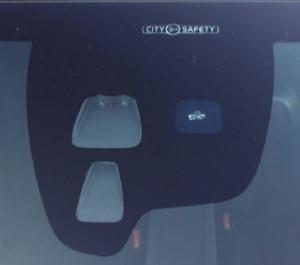 These measures are driving a rapid increase in the fitment of AEB. A substantial reduction
in low speed crashes (<50 km/h) is expected but in higher speed crashes the effects are
more likely to be a reduction in collision speed and injury severity. Collision investigators
will encounter the systems in crashes they investigate and will need to understand what
role, if any, the system has played in the circumstances of the crash. The aim of this paper
is to provide the basics of that understanding.
The paper is based mainly on interpretation of the extensive test programme undertaken by
Thatcham Research during it’s development of the Insurance Group Rating and Euro
NCAP test procedures. These tests typically involve impactable targets and vehicles under
full robotic control. Additional on-road evaluations have also been undertaken.
Low speed AEB systems have been shown to reduce insurance claims by between around
7% and 26%. A wide variety of different performance levels exist from simple warnings and
brake support to low speed avoidance and high speed mitigation for both car and
pedestrian collisions. Some form of system is at least available as an option on 9 of the 10
best selling cars in the UK and most new trucks and buses will be equipped from 2015.
False warnings can occur and the effect of defects varies depending on the technology
used.